Build a cheap and simple full software controlled step-up (boost) converter to drive a LED string of 10 LEDs. LEDs are used as string to light up a acrylic engraved plate placed in a holder (also made out 5 layers of lasered black acrylic glas). Step up is from 5V to about 30V, current regulated to about 20mA. 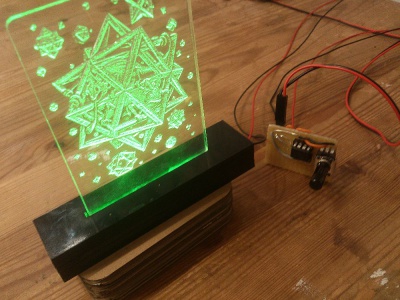 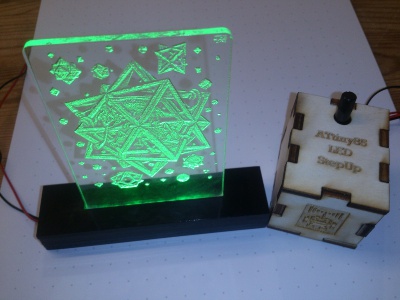 Poti is for software features only. Current is measured by voltage at 10 Ohm resitor feedback to uC ADC3. Standard components like 1N4148 and BC817-40 are good enough for delivering 20mA output current (software limit here, more might be possible). Coil is a standard 100uH coil, but should be able to withstand 250mA as coil current is at least LED-current times boost-factor. Boost-factor is about 6 (30V LED vs 5V input).